The cryptocurrency revolution started over a decade ago. Perhaps surprisingly, over the years, it has changed the world’s mindset and the way we think about money, the way we trade, and the video games we play.

This change manifested as crypto games, where you can earn cryptocurrency by playing. Since the first crypto game came out in 2017, there have been various crypto games. Yet, today the most popular ones revolve around NFTs. Our article is going to discuss 11 of the best NFT games you can play to make money in 2022.

What are NFT games, and how do they work?

The dynamic changes entirely once the in-game assets are connected to the blockchain network. This allows players to trade and transfer these assets outside of the game. They can then be minted as NFTs.

NFT games have become widely popular, so big gaming studios decided to join the circle. The first triple-A NFT game was released by one of the biggest video game publishers, Ubisoft. The game contained regular customization items. The difference here is that these items were tokenized (in-game NFTs) and could be exported outside the game.

Ubisoft created their own NFT marketplace called Quartz, and this is where the in-game NFTs are exported. Quartz runs on the Tezos blockchain network, which means that the native cryptocurrency for NFT trading is XTZ. The process of exporting in-game NFT is made possible by the Web3 integration; you simply need to install the MetaMAsk wallet extension and link it to the NFT marketplace. Any funds made from selling NFTs go directly into your wallet, and then you can convert that cryptocurrency into fiat money.

Every time a player trades an NFT, the company receives a percentage of that transaction. Another thing that started happening with the rise of NFT games is that players are now allowed to vote on the game’s development.

In another NFT game called Decentraland, players can change the game’s native token into NFTs by using the game’s own builder module.

The basic concept that allows users to transfer their in-game assets outside of the game is the same as all NFT games, but they don’t use the exact same process.

Should your interest be piqued and you want to discover more, here is a brief list of the 11 best NFT games to make money.

This is a tactical-based game in which each player controls three Axies. These characters represent tradeable NFTs. Players can own, trade, and even breed Axies to complete the game objectives. This game currently has 2.7 million active users every month, and since its rise to popularity, it’s generated 2.3 billion dollars in revenue.

Within Axie Infinity, there are three kinds of tokens. Smooth Love Potion (SPL) and Axie Infinity Shards (AXS) can only be earned through playing the game. SPLs are used for breeding Axies, while AXSs are used to vote on game development proposals.

There are 270 million AXS in total. The third kind of token is Axies as NFTs, they can be traded on the Axie Infinity NFT marketplace, and they are valued between 60 dollars to 300 dollars. If you were to play this game every day, you could make about 400 dollars every month.

UPDATE: Here’s why you should stay away from Axie Infinity right now

This is a civilization and management-type of game. You’re building your own kingdom; you can buy plots of land and summon heroes. The trading volume of the game had reached 1.68 billion dollars across 8.14 million transactions at the time of writing.

The game revolves around the JEWEL token. JEWEL can be used in several ways; it can be used within the game or as NFTs as interactive heroes for-hire. The number of JEWELs is limited to 500 million.

This game is in the same genre as Defi Kingdoms, but this one is set in space, more specifically on six planets. The game’s native token is called Trilium, and it gives you the right to vote and have elections. The number of Trilium tokens is limited to 10 billion.

This game is inspired by Roblox, and its native token is called SAND. The game itself has three modes. The VoxEdit mode allows you to create objects from voxels and trade them as NFTs. The Marketplace is the place where you can trade voxelized and tokenized assets. Interestingly, GameMaker allows you to build your own games. The number of SANDs is limited to 3 billion.

This NFT game revolves around breeding and selling cats. These cats are NFTs, and each cat is unique and can be owned by one person at a time. You can also play puzzle games and make collections and earn crypto rewards. The price of each cat depends on its skills and level.

This is a card-trading game (TCG) in which the cards are NFTs. You can trade them on the Immutable X marketplace. The cards are ranked in four categories: diamond, gold, meteorite, and shadow.

Aside from cards as NFTs, the game contains a native token called GODS. GODS can be used to craft new cards or stake the token. GODS are limited to 500 million, and as well as NFTs, GODS can be sold for money.

This is probably the NFT game with the best visuals. It’s open-world based around a crashed ship on an alien planet, and the objective of the game is hunting alien creatures called Illuvials, who are NFTs.

The game also involves important features. Illuvium Zero, where players gather resources and build, and IlluviDex is used for trading NFTs. The number of Illuvinum (ILV) tokens is limited to 10 million.

This game is similar to Axie Infinity in style, but the player starts as a miner and later goes on to craft weapons and fight monsters for items.

The game’s main token is called DAR, and it can be exchanged for land NFTs.

Before you can start playing this game, you have to buy a starter pack.

This is an exciting blockchain-based racing game where you can earn tokens by racing and then use them to upgrade your car or other things, which can later be traded.

The game also has a Grand Prix mode in which you can race other players and win rewards. The in-game token called REVV is an NFT, and it can vary in rarity.

This is a game inspired by Farmville and Animal Crossings. The land plots in the game are NFTs. They are limited and the rarer they are, the pricier they’ll be. There is also an in-game token called ALICE, and it can be used to buy animals, houses, and outfits. The number of ALICE tokens is limited to 92 million.

This is an 8-bit runner-type game where the objective is to out-surf the monster and avoid obstacles. The game uses Aloha NFTs, and they can be exchanged for lives. A reward system for players gives you a fraction of the platform’s revenue if you earn a place on the leaderboard.

Yes, you can. In games such as Axie Infinity, you can exchange your in-game NFTs for money. The Philippines made headlines during the pandemic because many people were playing Axie Infinity and earning money. They managed to pay bills and food with the money earned playing the game.

What role do NFTs play in gaming?

NFTs have great use in gaming, as they can be used within in-game economies to buy and sell items, ultimately making a profit from them.

Are there free-to-play NFT play-to-earn games?

While there are some free play-to-earn games out there, like Gods Unchained, most games require you to buy a starter pack so you can progress.

Can I play these games without paying for the starter pack?

No. For the most part. There are speculations of something called Asie scholarship, where you will have a sponsor loan you three Axies, and in the end, you will share the profit with them.

What are in-game transactions in NFT games?

What is the best NFT game right now?

There are many NFT games out right now, with many more announced to be released this year. Gaming crypto fans are very excited about the upcoming games, but for now, there are a few most popular games. We’ve already mentioned some of them.

It’s hard to define which game is the best, but the one NFT game widely popular across the world is Decentraland.

Essentially Decentraland is a metaverse with NFT real estate and virtual land, clothing, and many other in-game items as NFTs.

The game’s native token is called MANA, and the in-game economy allows players to create marketplaces. Though this is not a play-to-earn type of game, players have managed to create income. For example, a player can show an advertisement on their land and be paid in money.

Top 6 Ukrainian NFT Artists you can Invest in today.

Trezor vs Ledger for NFTs – Which is the Better Hardware Wallet? 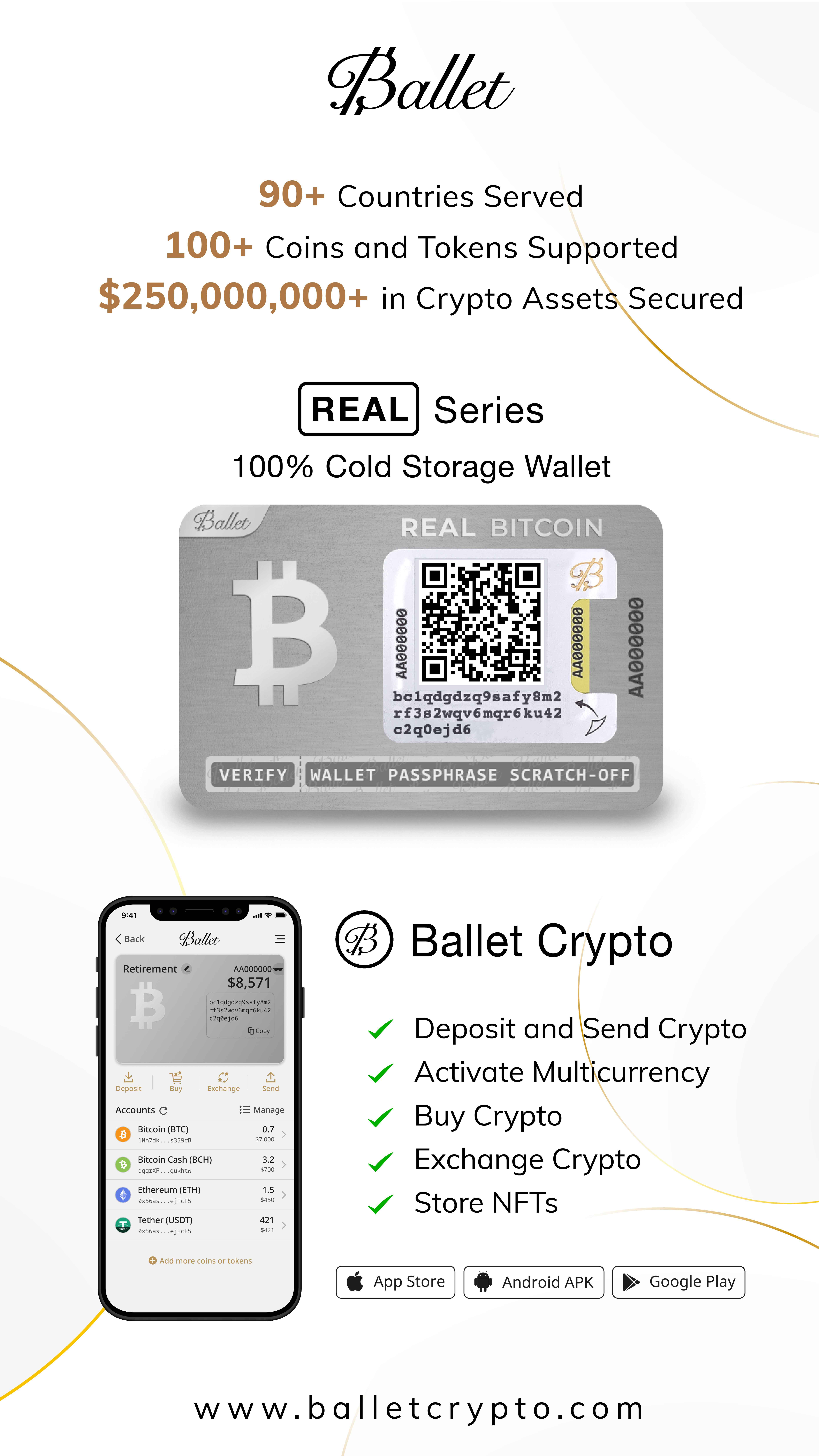